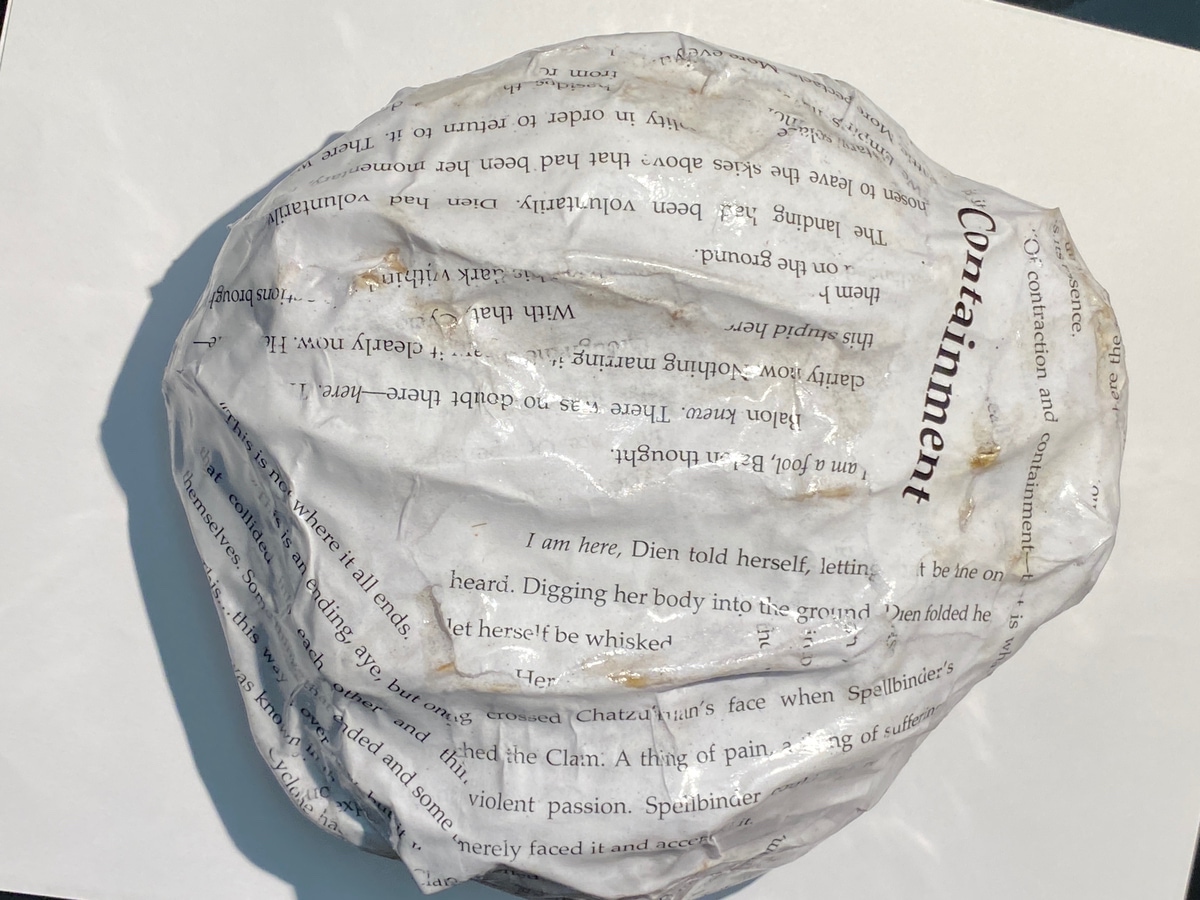 The complimentary paper mache sculpture to the Expansion Expression Paper Mache Scorpion. Containment Collapse’s Primordial Essence is the Clam so the shape of the sculpture is my interpretation of the Clam in a closed state. Doing it opened seemed too ambitious at this point. So it was going to be closed, stationary, and plain. 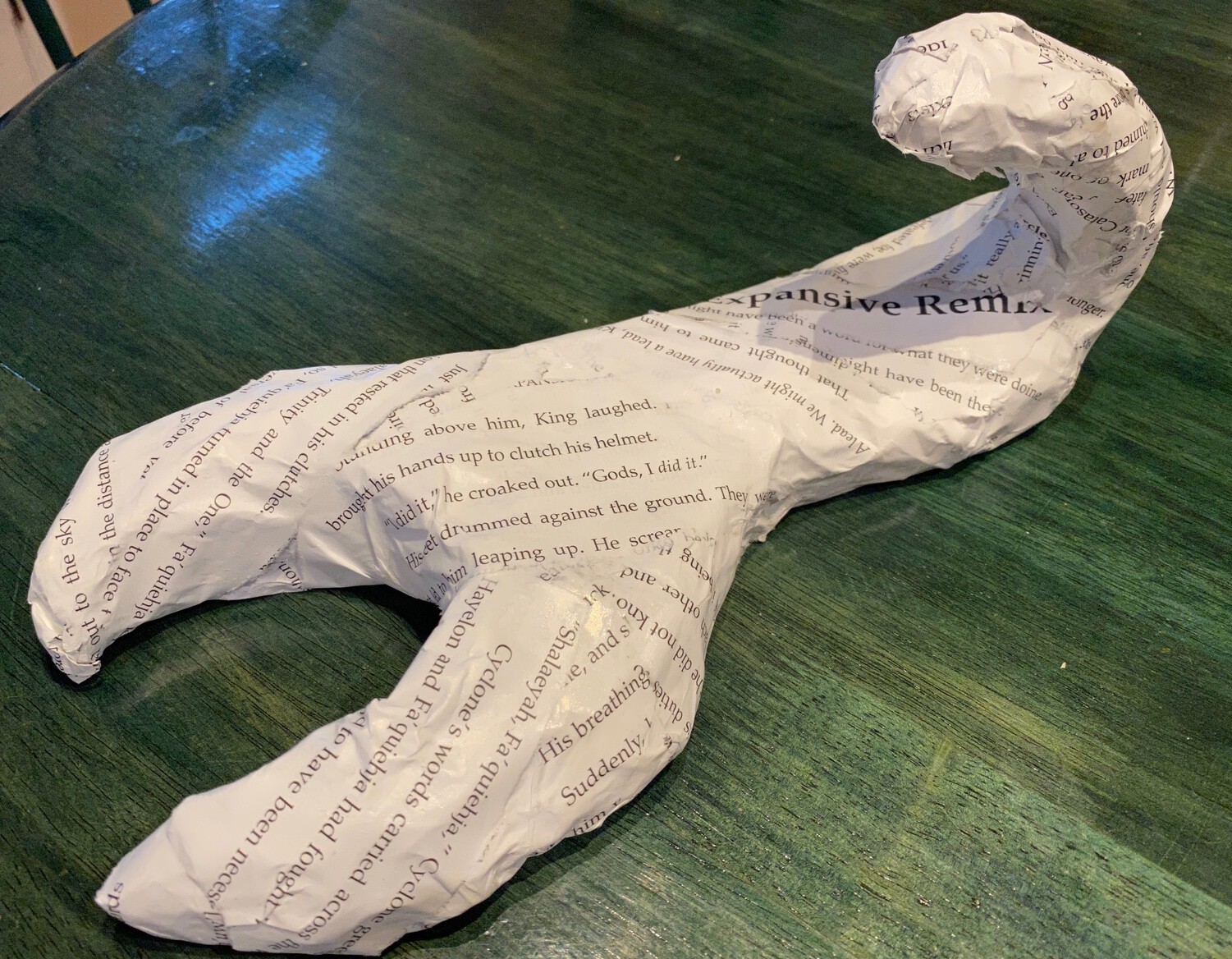 I’ve self-bound the first four books of the series. It was a fun, creative process in which I learned about book-binding and experimented with different mediums. After the first four were done, I took a pause…why…well, I was busy so that was part of it. But it was also because I was debating on how to experiment further with making creative, artistic copies of the Primordial Essences Saga books. They concern four iconic artifacts…four artifacts that I wanted to model...